CLICK HERE FOR THE “METABOLITE” PORTION OF THE BLOG

Strength cycles are a vital piece of programming Hypertrophy.

There are certainly those who believe that hypertrophy is a forgiving adaptation, and thus it can be trained productively in a variety of ways. Some will use this as an argument AGAINST strength cycles, and instead just periodize the way the “hypertrophy” work is implemented.

I take the contrarian view. Yes, hypertrophy is easily trainable, and you could probably just train 8-20 reps across the board for eternity and make fine progress. However, since it is such a forgiving adaptation, I think there is quite good rationale for instituting a strength phase into long term periodization.

1. Re-sensitization to the “hypertrophy” stimulus is one major reason. The research behind this idea is building momentum, though I wouldn’t say it’s fact at this point. The idea is that our bodies are extremely resilient, and therefore adapt to a given stimulus, making it more difficult to continue to make progress without altering the stimulus temporarily.

A good analogy here would be what happens with continuous exposure to the sun. When the stimulus is new, we adapt quickly, and we can see skin changing to a darker color. As we do this more and more, we have to stay out in the sun longer to illicit an adaptation.

The sun exposure is much like training volume during a hypertrophy phase. Instead of having to do more and more, we can change stimulus temporarily and allow the body to “de-train” that stimulus slightly (avoid sun exposure), and then come back with a renewed ability to manifest these adaptations.

2. Potential HYPERTROPHY benefit of preceding a hypertrophy phase with a strength phase. There is a recent study by Carvalho and colleagues (https://pubmed.ncbi.nlm.nih.gov/33241958, 2020) which demonstrated exactly this idea.

The rep schemes this cycle will be a somewhat novel approach for the Evolved programs.

Many of the movements in this cycle will use a “6 sets of 6 Reps” approach, where the weight increases each set, such that there ONE TOP SET. To properly select loading for these sets, it would be prudent to begin with 50% of the weight you intend to use for the final set:

A couple other movements will use a different approach that ascribes multiple sets of work with a very sub-maximal load. An example would be 7 sets of 3 Reps with a 10-Rep max

Many studies are now showing that STRENGTH is increased faster staying further from failure.

The rationale is based around the idea that strength development is a result of total force production.

Force = Mass x Acceleration, so we want to keep the concentric speed faster (avoiding the grinding reps that slow); increasing the force applied.

In a recent study by Karsten and colleagues (https://pubmed.ncbi.nlm.nih.gov/31365457/),  one group trained 4 sets of 10 Reps to failure, while the other group used the same weight (approx. 10-rep max), but completed 8 sets of 5 Reps (leaving 5 reps from failure each set).

The group that left 5 reps from failure had better strength gains! This has been confirmed in practice, among a wealth of top-level coaches, too!

One other change from prior cycles is the implementation of Back Squats appearing as a repeating movement TWICE each week. The first session utilizes the “6 sets of 6” approach described above, while the second session will be lighter “technical and speed” sets with reduced weight/reps.

This second session is meant to enhance execution and refine movement patterns with intention that this will carry over to the heavy sets the following week (also the potential benefits of staying further from failure for strength goals, as described above).

Ultimately, this is just going to be a 6-week phase. It is certainly likely that you see some strength gains here, but we aren’t going to be working to a peak for a 1-RM test, like we do in other strength cycles.

This cycle is about building Neural Efficiency across the musculature, while re-sensitizing to some of the hypertrophy stimulus.

The cycle will be followed by a short “metabolite” phase. This is composed of supersets, giant sets, extended sets, and other techniques to help the body to become more efficient at clearing lactic acid (and other metabolites).

There will be more information released in this blog as we get closer to the end of the strength cycle. 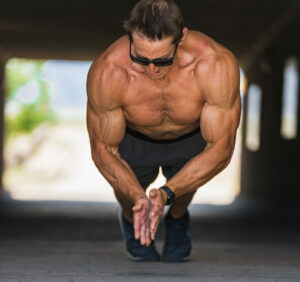